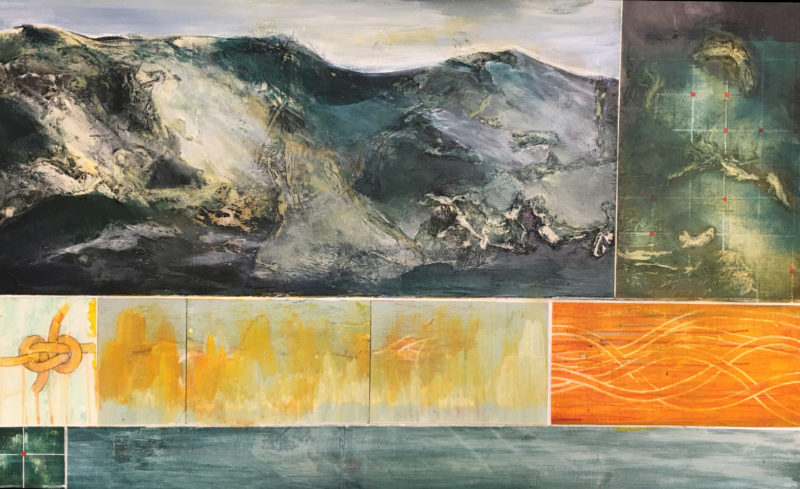 “Weatherbound” has just opened at the SAM Gallery Taste space. This series is a small part of a larger body of new works that began in New Brunswick, Canada, during the Kingsbrae International Residency for the Arts and continues to evolve and expand in my home studio here at Twispworks.

Multiple sources of inspiration conspired to inform these paintings. First, the opportunity to bear witness to the tidal drama in the Bay of Fundy, tides so extreme that they completely rewrite the relationship between land and water on a daily basis. 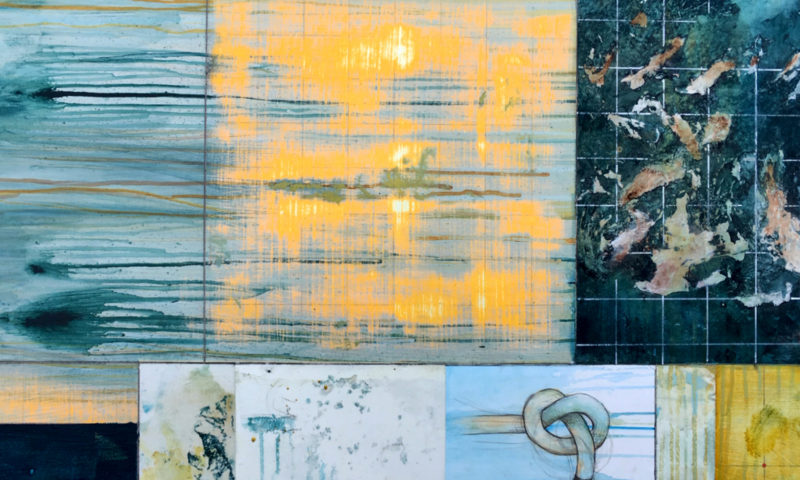 Perfectly passable roads are routinely rendered useless, submerged under 17′ of water, only to be back in business again six hours later. This is a normal, cyclical occurrence, and no cause for alarm, unless you’re caught without a tide chart on Minister’s Island, then you bundle up and wait. 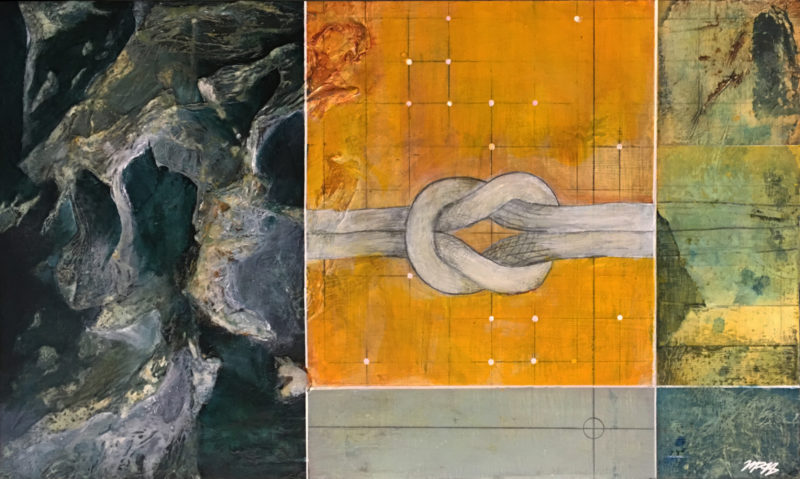 The tide runs as powerful rivers through the bays, inlets, and along the coast. There is no such thing as a slack tide. It’s a massive, whitewater fluctuation of time and space like nothing I’ve seen before. The incoming tide begins by swallowing tiny pebbles, then gulps down the wrack line and quickly devours the shore, only to disgorge the entire topography, shifted but unharmed, on the outgoing tide.

Second source of inspiration — the film, “Maiden.” This heart-stopping documentary chronicles the all-female voyage of Tracy Edwards and crew during the Whitbred Round the World Race in 1989. I graduated high school with the class of ‘89 in the tiny sailing mecca of Marblehead, Massachusetts. These women racing Maiden were my heroes then, and now.

“The ocean is always trying to kill you, it never takes a break,” begins the off-screen narration, as a wild, broiling mass of salt water engulfs the screen. The ocean as a mountain, too steep to climb, much less navigate. 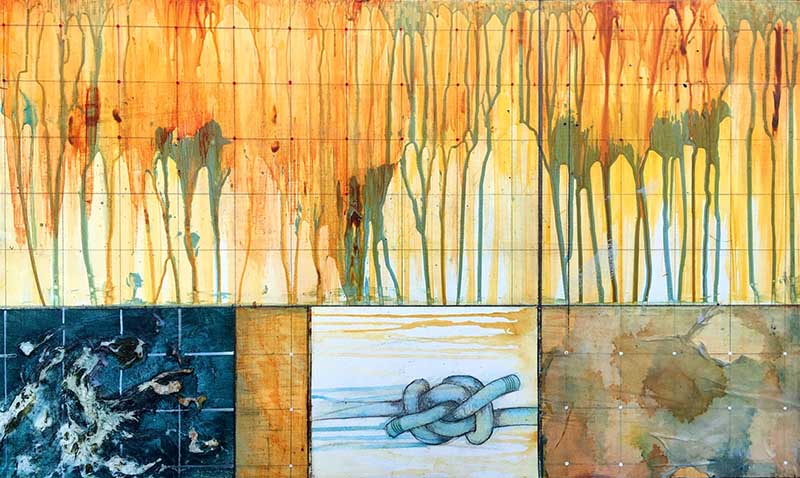 Third source – the contours of my own experience living between mountains and oceans and drawing solace and inspiration from both, frequently laced with a little bit of terror. 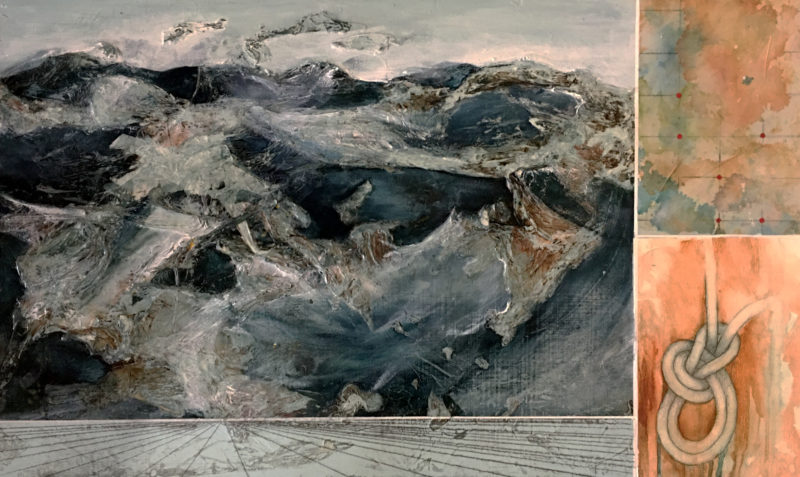 At the SAM Gallery opening in Seattle, there was one prevailing question asked repeatedly of the paintings. “Is that a mountain, or the ocean?”

My goal was to work the surfaces of the paintings aggressively, but to stop working before the subject matter became mountain or ocean. I was going for mountain and ocean, because the dangers are similar and the compulsion to endeavor is the same. 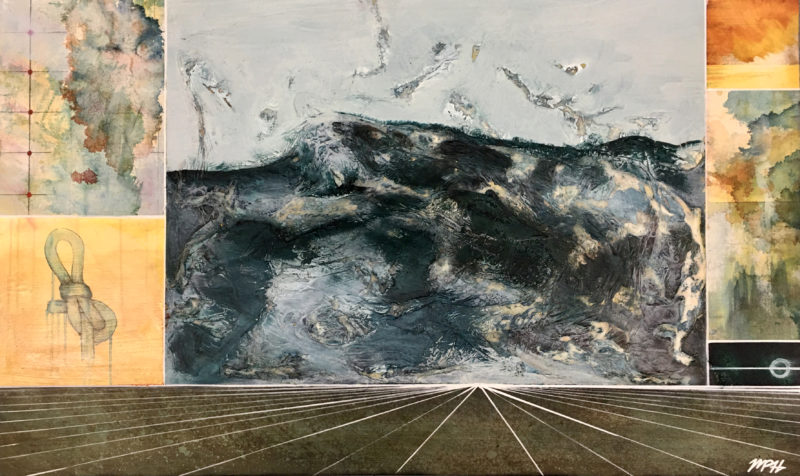 The ocean is unexpectedly buoyant, and deadly. The mountains are places of peril, and beauty. Both are difficult to navigate. It takes real work, but the rewards are so very deep. 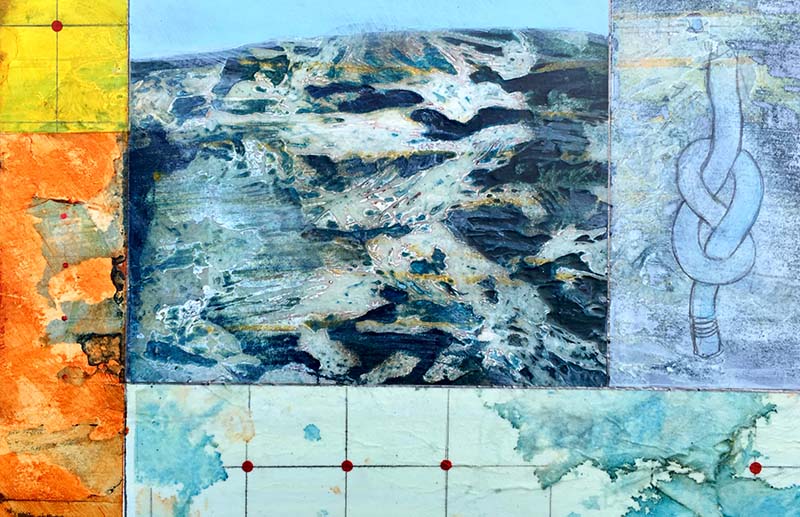 If you are kicking around Seattle, please stop in and check out the show.  Thanks for reading.